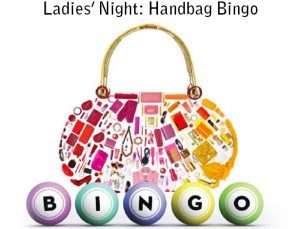 WAYNE, PA – January 20, 2017 – The Saturday Club, one of the oldest women’s nonprofit
organizations in both Pennsylvania and nationwide, today announced it will partner
with Posh Collections of Malvern to host its 2nd Annual “Handbag Bingo” at Freedoms
Fountain Valley Forge. The sold-out event will take place at 1601 Valley Forge Road, Valley
Forge on Thursday, January 26, 2017 at 7:15 p.m.

“Once again, Handbag Bingo sold out in record time,” said Candice Holbert, President of
The Saturday Club. “We are thrilled with the support of this event to further our support for
women’s and children’s charities in and around our local community.”

Prizes will include handbags from well-known designers, including Diane von Furstenberg,
Penelope and Walter Turner. Additionally, vendors have donated more than $2,000 in
merchandise that will be raffled off during the event, including items from Lilly Pulitzer,
Tommy Bahama, Wayne Jewelers and The Capital Grill. During the event, the Club will also
be raffling a Louis Vuitton handbag valued at $2,540.

“Posh Collections is happy to support the wonderful efforts of The Saturday Club and its
mission to support women’s and children’s charities in the Philadelphia area,” said Tina
Corrado, owner of Posh Collections. “We are looking forward to another great event this
year.”

All proceeds raised at Handbag Bingo will go toward the local women’s and children’s
charities that The Saturday Club supports. Additional details can be found at
www.saturdayclub.org.

About The Saturday Club
The Saturday Club of Wayne, Pennsylvania was established in 1886 and is among the oldest
women’s clubs nationwide. A non-profit organization, The Saturday Club is dedicated to
providing philanthropic support to women’s and children’s charitable organizations in the
Greater Philadelphia region with both financial contributions and volunteer service hours. The
group celebrated its 129th anniversary in March 2015. For more information, please visit
https://saturdayclub.org.