The Saturday Club, one of the oldest women’s non-profit organizations in both Pennsylvania and nationwide, today announced it will hold its 3rd Annual Handbag Bingo at Berwyn United Methodist Church on Thursday, January 25, 2018 at 7:00 p.m. The sold-out event is packed with luxurious bingo prizes generously donated by Tory Burch, Lilly Pulitzer, India Hicks, Neely & Chloe, Coach, J. McLaughlin, A. Jacoby & Company and David Yurman, among others. 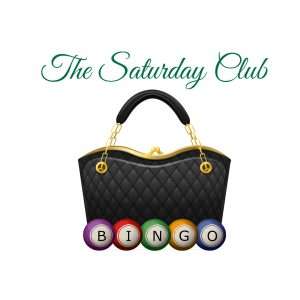 “Handbag Bingo is one of our most anticipated and popular events of the year,” said Cory Townend, President of The Saturday Club. “We are once again overwhelmed by the support of our membership and community, and impressed by how quickly ticket sales went. This event not only will be a blast for those in attendance, but it promises to raise important funding for the area women’s and children’s charities we support.”

In addition to the bingo prizes, local businesses have donated thousands of dollars in merchandise that will be raffled off during the event, including items from Barre3 Berwyn, The Blue Octagon, Currie Day Spa, Hathaway Hutton, Head to Toe Healthy Spa, Lisi Lerch, Louella and Tommy Bahama. During the event, the Club will also be raffling a Louis Vuitton handbag and scarf valued at $1,230 and a David Yurman necklace valued at $975.

All proceeds raised at Handbag Bingo will go toward the local women’s and children’s charities that The Saturday Club supports. Additional details can be found at www.saturdayclub.org.

About The Saturday Club

The Saturday Club of Wayne, Pennsylvania was established in 1886 and is among the oldest women’s clubs nationwide. A non-profit organization, The Saturday Club is dedicated to providing philanthropic support to women’s and children’s charitable organizations in the Greater Philadelphia region with both financial contributions and volunteer service hours. The group celebrated its 131st anniversary in March 2017. For more information, please visit https://saturdayclub.org.