The Saturday Club, one of the oldest women’s non-profit organizations in both Pennsylvania and nationwide, today announced it is hosting its Fall Women’s & Children’s Consignment Sale from September 28-30, 2017 at 117 West Wayne Avenue. All proceeds benefit The Saturday Club and its philanthropic support of women’s and children’s charities. 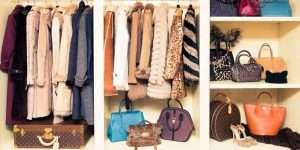 First held in June 2009, The Saturday Club Women’s & Children’s Consignment Sale is a popular bi-annual event held each fall and spring. The sale kicks off with Preview Night on Thursday, September 28 from 5:00-9:00 p.m., where shoppers get first dibs on the best selection of merchandise – complete with complimentary wine and cheese. Preview Night is $10 for the general public and free for consignors. The sale continues Friday, September 2, from 9:30-5:00 p.m., with free admission, and wraps up on Saturday, September 30 with the Half-Price Sale from 8:00-1:30 p.m., which is a great way to score deals on seasonal styles.

The Saturday Club is among the oldest women’s clubs in both Pennsylvania and nationwide. It supports local women’s and children’s charities including Women’s Resource Center, Supportive Older Women’s Network, Fred’s Footsteps and The Radnor ABC House, to name a few. In addition to philanthropy and direct community service, The Saturday Club hosts events for the local community at the group’s historic clubhouse in downtown Wayne.

Additional details about The Saturday Club, including information on upcoming events and membership, may be found at https://saturdayclub.org.

About The Saturday Club

The Saturday Club of Wayne, Pennsylvania, was established in 1886 and is among the oldest women’s clubs nationwide. A non-profit organization, The Saturday Club is dedicated to providing philanthropic support to women’s and children’s charitable organizations in the Greater Philadelphia region with both financial contributions and volunteer service hours. The group celebrated its 131st anniversary in March 2017. For more information, please visit https://saturdayclub.org.